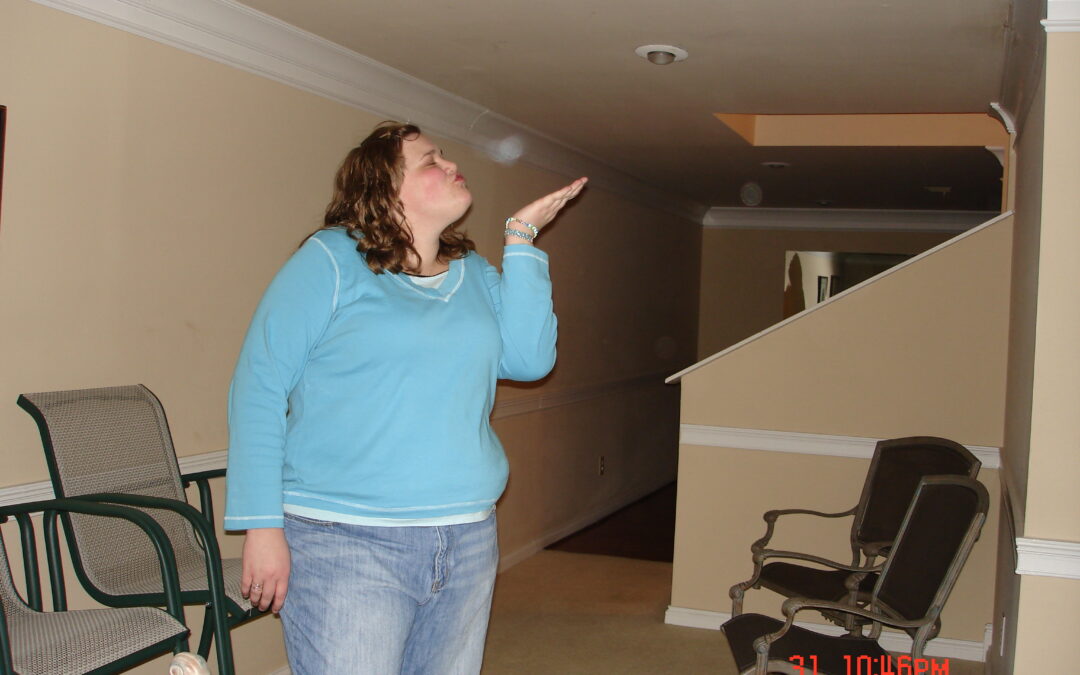 Let’s talk about orbs.  First, among paranormal investigators, the subject of orbs is highly controversial. Are they related to what, exactly?  Is an orb a simple contaminate floating in the air like dust, fuzz, pollen, snow, rain, bug, and other particles creating an illusion by the reflection of light source resulting in a globe shaped anomaly?  Through testing purposes, these orbs can be created depending on the form of light used during photographic attempts.  For example, many times when I was videoing or taking photos in a ray of light, I would always get that little green orb. This was not a spirit. This orb was created through the spectrum of light.  On the other hand, some orbs can be transparent or white, because of a light source reflecting off a particle when appearing in photos and videos. These orbs are not part of a paranormal experience.

On a rare occasion, sometimes these orbs are seen with the natural eye and appear to be intelligent energy orbs that communicate and follow instructions.  This type of interaction with an orb is harder to explain away that it was dust caused by a reflection of light that resulted in a sphere anomaly.

Some paranormal enthusiasts believe that orbs could be manifestation of energy that is connected to spirits, ghosts, spirit guides, and angels.  Over my years of ghost hunting, I have seen orbs with my natural eyes and watched them move while filming.  I have noticed that some orbs will drift or travel in a group going into the same direction.  When this happens, I think that I am witnessing contamination in the atmosphere and that is not a spirit or ghost.  But when I notice that the orb seems to have an intent on motion then I pay close attention to that orb.  If I notice that the orb is moving back and forth, slow then fast, appearing in and out of the frame, I will ask questions, “Sweet Spirits, can you please go to the right hand of Betty so we can capture your energy on film.  I will not harm you or exploit you and any way.  I just want to prove that you exist.  Thank you.”  Then when I start taking snap shots or if I am videoing and capture an orb near or on the right hand, I feel I have communicated with an intelligent energy.  This could possibly be a loved one that has passed, a spirit, a ghost, or a spirit guide.

For years I have received emails that would include photos of orbs that appeared at funerals, weddings, graduations, family reunions, hospital rooms, and other gatherings.  The questions they asked in these emails were if I could confirm that the orb or orbs was a certain loved one that had passed on and had come back to the visit them during the event. I would like to think that in these gatherings when the energy is so charged with love and joy that they would attract our loved ones form the spiritual realm and they would come back to be a part of the wonderful events.  During other times like funerals and hospitals maybe they come back to support us in our time of grief and assist the one that is passing over.

One of my greatest joys is to share my experiences of the spirit world with my grandchildren and nieces and nephews.  Sometimes when I go to family events the kids would come and sit around me to hear some of my latest adventures with ghosts.  I would pull out my iPhone and show them some of my favorite apparitions and orbs from previous ghost investigations.  On one of these family events the kids wanted me to take them to the downstairs playroom and take pictures of them to see if I could get a spirit orb to come to them.  I started out by asking if there were any sweet spirits in the room and then took some snapshot with my iPhone.  We started to get orbs to appear and that thrilled them all.  I told them that I wanted to see if we could get proof that they were good spirits so the children would not be afraid.  I asked one of the oldest to hold out her hand and lean in for a kiss and as she held that pose, I asked the sweet spirit to give her a kiss back.  Upon snapping the iPhone camera, I captured the most amazing shot ever for a spirit orb.  The orb appeared in her hand just as she was in the kissing stance.  When I revealed the photo to the kids they squealed with excitement.

Ghost hunting is not an exact science.  Some of us depend on electromagnetic equipment, audio recorders, cameras, video recorders, and EVP apps, to mention a few, as means to collect evidence during a ghost investigation.  Some of us like to tap into our psychic abilities to communicate directly with the spirits during an investigation.  We also like to implement other metaphysical items such as semi-precious stones, smudging, dowsing rods, and pendulums to enhance our ability to communicate with the spirits.  For me, I like to say that ghost hunting is at its best while working with the science and the sensitive.

My sensitive capabilities work well when dealing with orbs during an investigation.  One of my most complicated orb experiences was capturing colored orbs.  They would show up in the color pink, purple, blue, green, orange, black, and red.  One day I asked myself, “What could it mean to see an orb in a vivid color?”  The answer came to me that maybe the spirit orb was exposing its aura. The color of the aura could reveal its personality, mood, or a condition.  I liked that explanation. I began to notice the colors and if there were a direct association with the location, or if there was a connection to the situation at hand for the orb to appear in a color.  If I saw a green orb, I would feel like I was meeting a spirit that was capable of healing.  I would check the history and I would learn that there was a doctor that died in that location.  This was a good confirmation for me.  If the color was yellow, I would pick up that the spirit could teach, instruct, or council and again that would confirm who the spirit was.  So, I began to ask the sweet spirit to show their aura or let us know how they felt that time.  Once I explained this, I would start getting orbs in colors.

To give an example of this I had a wonderful experience with a color orb that involved a dear friend of my, Chip Coffey, world renown, psychic medium.  For a few years Chip and I traveled over the US to universities and colleges performing lectures with a PowerPoint presentation of evidence captured on ghost investigations.  During one of our Q&A sessions there was a professor standing in the back of the room.  While Chip was answering questions, he stopped and pointed to the professor.  He started a conversation with him and told him he had a message from spirit to share.  After getting permission from the professor to share the information, he told him that he was going to have a child and it would be a little girl.  The professor agreed that his wife had just found out that she was pregnant, but they did not know the gender of the child.  At that point I decided to take a picture of the professor and on top of his head there was a big pink orb.  I thought that was a rather good confirmation.  We did find out that later that he did have a little girl.