The Dead Speak from Beyond the Grave 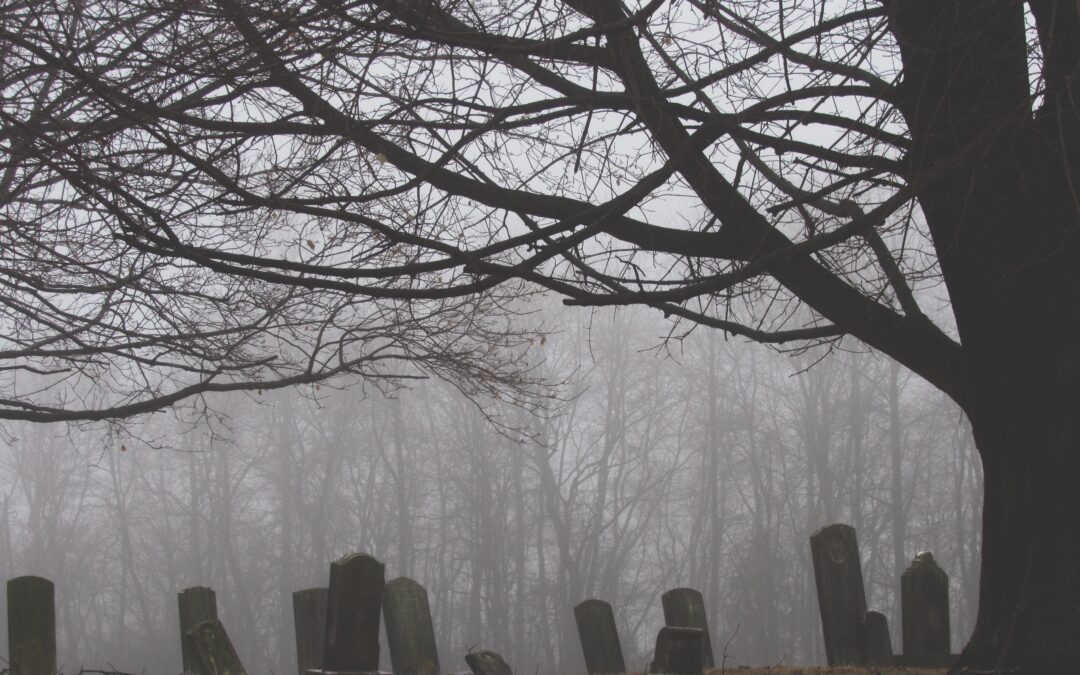 The Dead Speak Beyond the Grave.

One of my favorite cemeteries is found in Lexington, KY and dates to the late 1800’s.  The location is private, but I was allowed to take my students there for several ghost investigations.  When I was teaching Ghost Hunting at the Bluegrass Community and Technical College, during 2001-2008, I chose this cemetery because of the constant ghostly activity.  We would get great EVPs that were captured on a variety of analog audio recorders.

Over the many years of evaluating my ghost evidence I have developed an eye for catching anomalies in my photos and videos and, I have developed an ear for hearing the EVPs come through the audio recorders and video recorders.  My talent for having great hearing skills was developed from my earlier years during my classes in my high school band.  Our director would play musical concert pieces and then have us write down every instrument that was playing the tune.  When doing this you have to listen to all the different layers of sound and pitch to figure out the different instruments.  Sometimes the most difficult part of capturing EVPs is when the voice come across as multiple people are talking.  This is where I must listen to all the different layers to catch the EVP.  Sometimes the EVP message is relevant to the conversation and other times it is not.

As we were completing our investigation one evening, I noticed on the stone fence there was an audio recorder that was still recording.  I wanted to make sure that the student did not forget to pack it up with the other equipment, so I asked the group who did the recorder belong to.  One student explained that it was her recorder.  After clearing that mystery, I asked for the students to return my meters.  Part of the course was to let the students use my equipment so they could learn how to use each piece during a ghost investigation.  As they were returning the instruments, I would say thank you and they responded thank you as well.  To my joy, the recorder that was left on the stone fence was still recording and captured a great EVP that said loud and clear, “Thank you”.  When I am asked to do Library or college PowerPoint presentations on ghost hunting this is one of my favorite EVPs to share.

I have had many other seasoned and novice ghost hunters ask me why I get so many EVPs during my investigations.  I would like to think it is because I start my investigation by showing honor and respect to the ghost and spirits that we might encounter during this time.  I start with a group prayer.  I introduce myself and address them as Sweet Spirits when explaining to them why we are here.  I ask them to help us prove that they exist by showing themselves or talking to us or use physical energy to move items as we record them.  If a cemetery is our location, I take trash bags and encourage the others to pick up trash before we get started.  A few times we have found smaller headstones that were broken off and laying on the ground.  At that time, we would pick the headstone up and place it back onto the base.  I honestly think that our actions and the way we speak to them shows our respect and they in turn help us by speaking and giving us that evidence we are hoping to collect.

While we were at the cemetery where we picked up the broken headstone and placed it back onto its base, I got a grateful EVP that said, “Thank you kindly”.  Now this EVP was one of those that came through while a few of us were talking so you really must listen to hear him say his thank you kindly. I tell my students the more you listen the more you will learn to hear these background EVPs.

Another EVP that we were blessed to get during another class was from a little girl.  Her voice sounds like maybe 5 to 6 years old.  This was another EVP that was captured while we were talking.  The name that came through loud and clear was Nonnie.  Just as a heads up, Nonnie/Noni/Nonie is commonly a term of endearment for an Italian grandmother.  The names on some of the headstones that we could read were Hull and Key and these names come from Anglo Saxon. I did not find any Italian sir names on the standing headstones.  However, there were several headstones that were broken or too hard to read the names.

I found another cemetery, also located in Lexington, KY, where I could take my students.  The first time I was there I wanted to make sure it would be active enough to have my students join me.  At this time, it was just me and my husband, Chuck that was checking it out.  While I was there, I walked over to a headstone that described a child.  As I was talking about this headstone, I captured the voice of a small child say, “Mama”.  You really must listen to hear it because of the heavy static that was recorded as well.

At this same cemetery, on another night, I was doing a ghost investigation for a local TV station around Halloween.  While walking around reading the headstones I happened upon a small grave site of a child.  To my surprise my EMF meter went off as I was reading the information on the headstone.  I thought, “This is interesting”.  You can hear me speak to the TV camera man about how strange it was that my meter went off.  After reviewing my audio recording, I heard an EVP come through and it says, “Save me.”.  Shortly after getting the EVP the meter goes off again.  So, the meter goes off before and after I get the EVP, “Save me.”.

I am posting these EVPs below so that you can listen to each one as many times as you like.  If you have earphones you might be able to hear some of the EVPs better.

I also created a YouTube on this same title of this post if you would like to check it out.  I would appreciate it so much if you would like, subscribe, and hit the bell icon so that you will be notified when other videos become available.  Thank you.