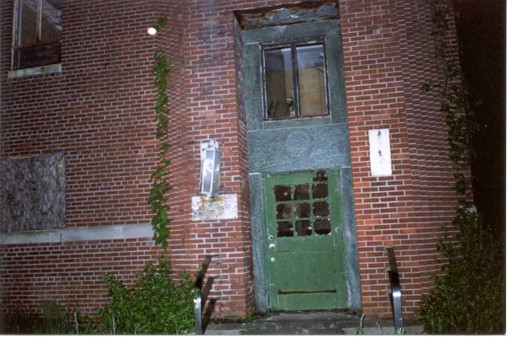 One of the most asked question I get as a ghost hunter is “What is the scariest, most terrifying experience you have ever had while investigating haunted locations?” My answer, “I don’t have any scariest or terrifying, but I do have some amazing, wonderful, and most memorable experiences that has happened to me during some of my investigations of haunted locations.”

I want to share one of these experiences with you now.  While teaching my ghost hunting course at the local community college in Lexington, Kentucky, I would take my students on actual ghost investigation as part of the course at hand. I taught this course for 8 years and I was always blessed to find many haunted locations in Lexington and surrounding areas for my students.  During these ghost hunts, one of my favorite parts was to educate the students on the use of the many instruments and methods of ghost hunting.

While making contacts with local council I was able to get permission to conduct a ghost investigation in an old, abandoned TB hospital in Paris, Kentucky.  I always made sure I had permission to bring my students.  I wanted to ensure their safety and I did not want to take the chance of us being arrested for trespassing.

On this evening I had about 16 students gathered around the entry door of this mighty structure that was locked with a chain and padlock.  The state department sent out a representative, Judy, that unlocked the door for us to enter.  We were the first ghost hunters to have ever completed an approved ghost investigation here.

We were there only about 15 minutes when the paranormal activity started.  We were surprised to see all types of images going in and out the doors down the hallway and hoping that we captured them on our film as we took shot after shot.  Back then in 2001 we only had analog equipment including cameras and audio recorders.  Unlike today, we were not able to check our photos to see if we had captured evidence of a haunting until we got our film developed and, in some cases, it could take up to a week.

What made the first ghost investigations during the early 2000’s so different from today’s digital capability was the delay we had in knowing if we were capturing any evidence. Since our equipment was all analog, we had to review all developed photos and watch all the videos and listen to all the audio recordings before we could see if we had captured any evidence of a haunting.  The digital age gives us instant gratification and validation immediately so we can understand what direction to go next in the investigation because of instant information.

After reviewing all my photos, videos, and audios, I was thrilled at the evidence that I was able to capture during our investigation of the old Paris TB Hospital.  Because of my relationship with the state park and city council I was permitted to continue bringing my students to this abandoned location for years. Each time we would always get amazing results and captured evidence of possible hauntings here.

The best evidence we captured was revealed to us through an audio capture that we refer to as an EVP, (electronic voice phenomenon) and a video that also revealed the same EVP as another validation by having the EVP come through two different mediums, first the audio and then the video.

When I reviewed my audio first, I heard the voice of a little girl saying, “I’ve been sitting here all day.”  I was thrilled at how clear her voice was.  It made me think that it was the voice of a 4- or 5-year-old girl. As I continued to listen, I heard her repeat the statement but this time she said it while I was talking, and you could hear us both making a statement.  As I stopped speaking you could hear the last 2 words of the little girl say clearly, “all day.”  This was one of my first time capturing an EVP that repeated itself, as if to insist on being heard. I quickly download both EVPS into my computer.

Later, after the investigation, I was contacted by the Paris County Library to do a seminar on the investigation of the Paris TB Hospital and share my evidence that I had captured there.  I decided to do a PowerPoint presentation.  While setting up the slides I wanted to include all the EVPs and other evidence I had collected to the library PowerPoint.  When I went to add the 2 EVPs of the little girl I was in for a huge shock.  The first EVP of the little girl saying, “I’ve been sitting here all day”, was still clear and made a perfect example. However, the second EVP of her repeating herself had somehow changed after being saved in my computer.  It started with a static sound instead of my voice speaking out to the students, as in the original EVP.  Then I hear the little girl say, “Did you get it in the camera?”.  I just about fell off my stool.

I listened to the new message over and over and then I said to myself, what does she mean by, “Did you get it in the camera?”.  Suddenly, I realized she was talking about the camcorder not the camera.  I went and grabbed my video recorder and rewound the film back to the part of the investigation where I got the first and second EVP of the little girl.  To my joy, the EVP was there on my video!!  First time I had collected the same EVP in two different mediums, that being an audio recorder and camcorder.  I was beyond happy to have experience this sweet spirit helping me to find such a treasure of evidence.  When I start an investigation I say, “Sweet Spirits, I am not here to harm you or exploit you.  I ask for your help in proving that you exist”.  She went as far to work with me to prove that she existed by changing the second EVP that I had entered into my files on my computer from, “I’ve been sitting here all day”, to “Did you get it in the camera”.  Therefore, helping me not to miss such an important piece of evidence.

So, on this investigation of the Paris TB Hospital, I had witnessed 3 new firsts as a ghost hunter.

Many years later the city decided to tear the old TB hospital down.  I was so honored when I received a phone call from the state park representative, Judy, who said to me, “Since you were the first ghost hunter to investigate the hospital, I thought it would be nice for me to invite you back to be the last to investigate before tearing the building down.  Now that is another story! Please be sure to check back later to see what happened next!

"I've been sitting here all day."

"Did you get it in the camera?"