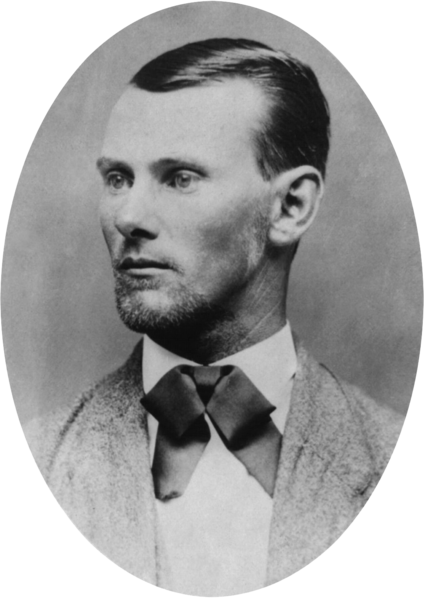 It seems that Jesse James haunts the rooms and halls of the Talbott Tavern in Bardstown, KY.  How do I know this?  I believe this to be true because of all the sighting and stories from employees and guests that have seen and recognize the apparition of Jesse James. As a Certified Ghost Hunter, I have conducted hundreds of investigations at the Tavern and found other ways to detect Jesse’s presents through the use of EMF meters and audio recorders.

Jesse James was an American Outlaw and the most famous member of the James – Younger gang.  Jesse, legendary for his activities with his brother Frank, was in fact a husband and father. In the mid-1800s, Jesse and his gang robbed trains and banks throughout the Midwest. At one point, the governor of Missouri offered a $10,000 reward for the capture of the James brothers.

Along with a long history of many robberies taking place in Kentucky, in 1868 Jesse and Frank joined Cole Younger in robbing a bank at Russellville, KY, not far from Bardstown, but did not become famous as outlaws until December 1869 after robbing the Daviess County Savings Association in Gallatin, Missouri.

In 1880 Jesse and Bill Ryan robbed a stagecoach near Mammoth Cave, KY.  Then in 1881 they robbed the store of John Dovey in Mercer, KY.  All these events were pretty close to Bardstown, KY where it is said that Jesse and Frank would lay low while avoiding the detectives of the Pinkerton Agency.  Also in 1881, according to Historic Nelson County, Federal officers Yankee Bligh and George Hunter went to Bardstown to try to arrest Frank and Jesse James. The two outlaws were eating in a hotel there (believed to be the Talbott Tavern) and were quickly joined by Sheriff Donnie Pence and another prominent local citizen, Ben Johnson, who earlier had been Pence’s attorney during attempts to extradite him. After the meal, the four walked past the Federal officers in the hotel lobby and the James brothers mounted their horses and rode away without an attempt being made to arrest them.

It is also noted that the local Sherriff of Bardstown, Donnie Pence was a distant cousin by marriage of the James boys. In his earlier years Donnie had rode with the James brothers but later was exonerated and become one of the best officers of the law for Bardstown stated the governor of that time. Donnie would allow the James boys to come into Bardstown for some rest and relaxation as long as they agreed to be civil and not rob any banks.

Many times, the Pinkerton Detective agency would send their Detectives into Bardstown looking for these desperados, but the James brothers would be warned by the town’s people.  They would make an escape by going down into the basement of the Talbott Tavern where there was an opening to an underground cave system.  They would maneuver their way through the cave which led to the other side of town.  Even though they emerged from the ground quite dirty it did afford them a clean getaway.

It is understandable why Jesse would want to haunt this old historic landmark since it was a safe and fun place to be between his stressful life of crime. We have not heard of any reports that indicate that he has tried to harm anyone that has witnessed his spirit.  As a matter of fact, he has laughed at a few of the guests as if being amused at himself for scaring them.

Their favorite place to hang out was the Talbott Tavern and it was said that in a guest room upstairs has bullet holes in the wall left by Jesse James.  This room was Jesse’s favorite because of the murals painted on the walls.  After a night of drinking and card playing Jesse retired to bed but awoke later to find, what he thought were birds flying out of the murals and he started to shoot at them.  After a few shots he realized that he must have been dreaming and lay back down to sleep. The Innkeeper took advantage of the bullet holes left in the walls and did not repair the walls.  People can now enjoy a meal or stay a night and be able to visit the room where Jesse slept and shot up the room during his dream.  This was a good marketing idea no matter what century you lived.

If you go and visit the Talbott Tavern, you will find that the holes in the walls have been covered with plexiglass to protect the holes from being touched or destroyed.  When I host the Bardstown Ghost Trek we go into this room and the walkers love taking pictures of the bullet holes left by Jesse James.

In 1994 I moved to Bardstown, Kentucky.  Shortly afterwards I became the General Manager of the Talbott tavern.  Almost immediately the staff, guests, and former management contacted me to tell me their story about their experience with Jesse James’ ghosts.

One evening, before closing the tavern, I got my analog camera and decided to go into the empty rooms and down the hallway to take random pictures as I asked if Jesse was present.  Of course, in those days I had to take 36 pictures before I could take the film to the photo shop at Kroger and then wait 7-10 days before I could pick up my photos to see if I did get any weird images that might be paranormal related.  I was so excited when I discovered that one of the pictures revealed what I believe to be an apparition of Jesse James.  He was sitting on the floor in the corner of a hallway beside a vacuum cleaner.  As I looked closely at the photo it seemed to me that he was holding a mug of beer in his hand and resting it on his raised knee.

In 2008, one of the walkers of the Bardstown Ghost Trek took a picture in the conference room and capture an apparition of Jesse James standing in front of the fireplace wearing a white cowboy hat.  This happened around 8:45pm. The reason we felt it was Jesse is because I was talking about how he haunts this room and had been seen several times in this room by staff and guests.

In 2017, a guest went into the conference room and asked Jesse if he would show himself.  She took a picture around 4pm with plenty of daylight in the room.  She captured an apparition of Jesse James and again he was wearing a white cowboy hat.  I and my friend had arrived at the Tavern shortly after she took the picture.  While I was getting the walkers ready for the tour my friend took a picture of the camera showing the apparition.   I was thrilled that we continue to get pictures of apparitions of Jesse James at the Talbott Tavern.

Maybe you would like to come to Bardstown to experience all the hauntings from the Talbott Tavern and other notable places that host spirits such as the Jailer’s Inn and the Pioneer Cemetery.  Come join me, Patti Starr, on the Bardstown Ghost Trek every Saturday from June through October and learn more about these ghosts.  Maybe you will be lucky to capture a picture of Jesse James’ apparition during the walk. 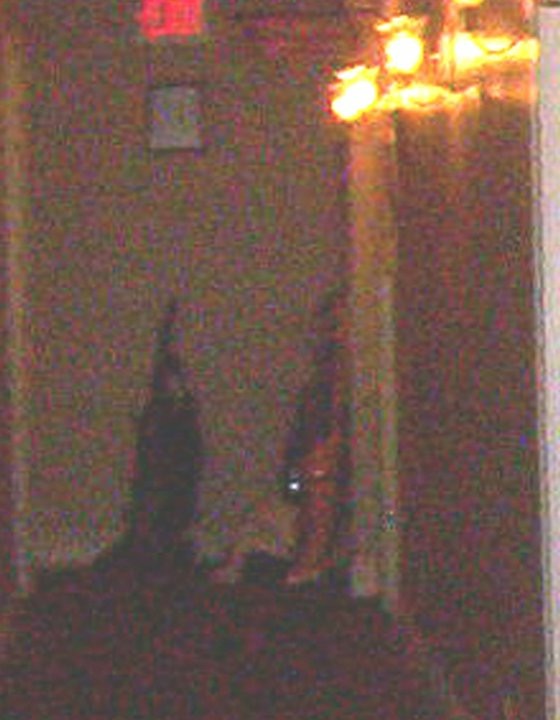 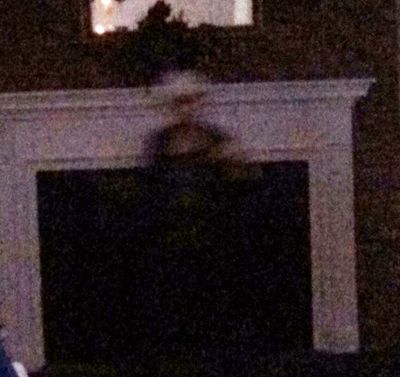 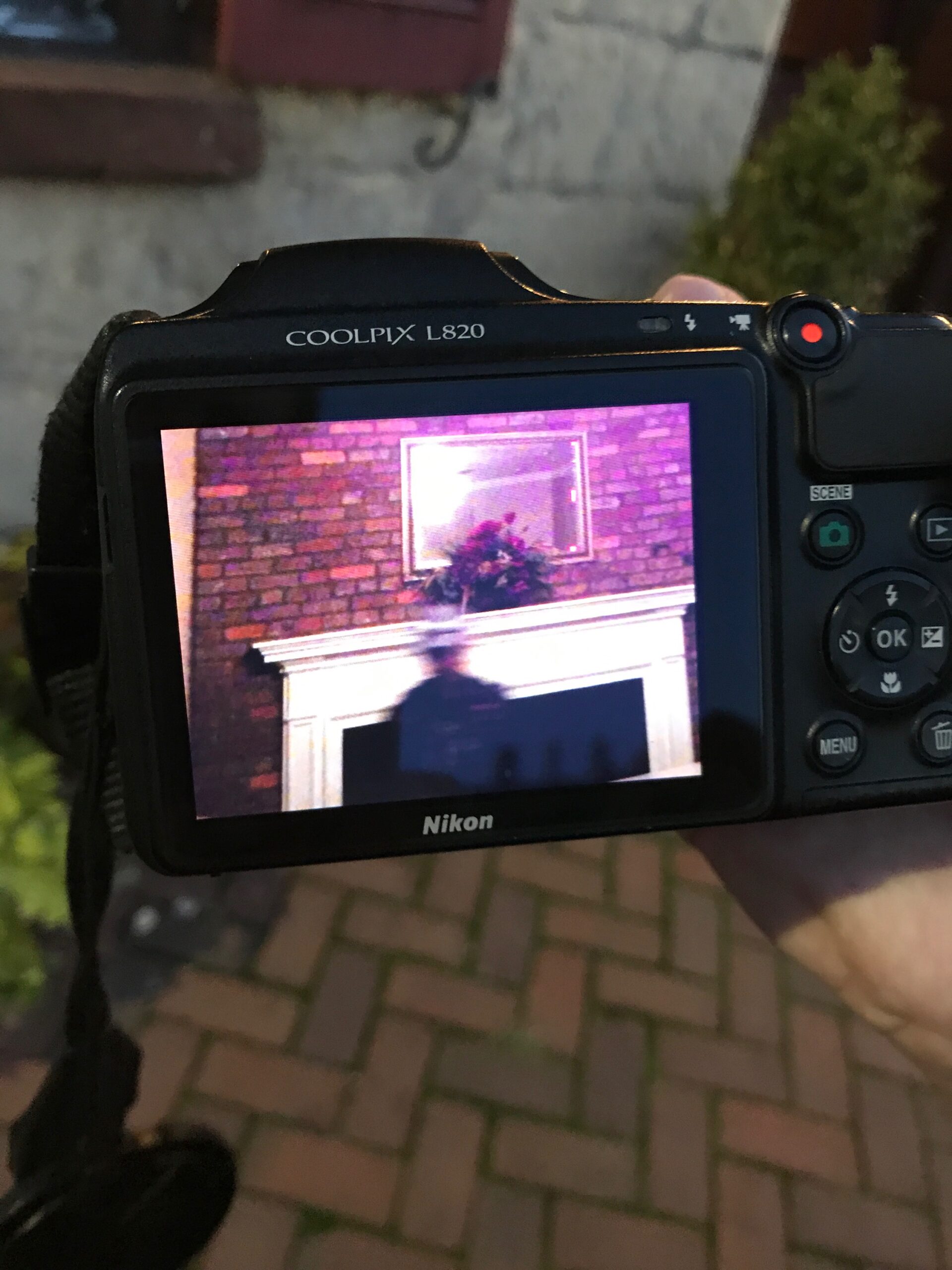